LXD & Docker; What Is Containerization?

Two of the hottest trends in web development, LXD and Docker containerization can empower Port Charlotte Small Businesses. LXD and Docker containers have lower processing and memory overhead compared to full virtual machines. If you are or are not tech-savvy this article is for you, We will explain more about what these are and how we can use them to empower your online presence.

LXD is a next-generation system container manager. It offers a user experience similar to virtual machines but using Linux containers instead.

It’s image-based with pre-made images available for a wide number of Linux distributions and is built around a very powerful, yet pretty simple, REST API. To get a better idea of what LXD is and what it does keep reading. The LXD project was founded and is currently led by Canonical Ltd with contributions from a range of other companies and individual contributors.

The core of LXD is a privileged daemon that exposes a REST API over a local Unix socket as well as over the network (if enabled).

Clients, such as the command-line tool provided with LXD itself then do everything through that REST API. It means that whether you’re talking to your localhost or a remote server, everything works the same way.

Some of the biggest features of LXD are:

What Is Docker, Why Is It So Hot?

Docker is hotter than hot because it makes it possible to get far more apps running on the same old servers and it also makes it very easy to package and ship programs. Here’s what you need to know about it.

Five years ago, Solomon Hykes helped found a business, Docker, which sought to make containers easy to use. With the release of Docker 1.0 in June 2014, the buzz became a roar. And, over the years, it’s only got louder.

All the noise is happening because companies are adopting Docker at a remarkable rate. In July 2014 at OSCon, I ran into numerous businesses that had already moved their server applications from virtual machines (VM) to containers.

How Can It Help SW Florida Businesses

With the opening month of January 2021, the Solarwinds hack came to light. Months before insurgents breached the Capitol and rampaged through the halls of Congress, a stealthier invader was muscling its way into the computers of government officials, stealing documents, monitoring e-mails, and setting traps for future incursions. Last March—if not before, as a report by the threat-intelligence firm ReversingLabs suggests—a hacking team, believed to be affiliated with Russian intelligence, planted malware in a routine software upgrade from a Texas-based I.T. company called SolarWinds, which provides network-management systems to more than three hundred thousand clients. An estimated eighteen thousand of them downloaded the malware-ridden updates, which were embedded in a SolarWinds product called Orion.

Own It, Control It, Make it Yours

Department of State, Department of Homeland Security, National Institutes of Health, The Pentagon, State, and local governments, Microsoft, Cisco, Intel, Nvidia, and twenty thousand more companies and government agencies infected. For over a year Russia had total access to EVERYTHING.

With containerization, you can rely less on 3rd parties for many of the digital services your business consumes. Get more, be secure, have control, and best of all own it and stop being drained by subscription costs. Your cost is upfront and servers can last 6 years before needing upgrades.

With Docker and LXD your current server can do the load of 10. LXD containers let you run different full Linux distros with little overhead. Allowing isolation and dedicated virtual environments for some virtual appliances that need to be hosted alone. Docker lets you pack many appliances, services, and apps on one machine. They can be further segregated and isolated by running docker inside several LXD containers on the host hypervisor.

LXD and Docker containers are not securely isolated or more secure by default. But we some great enhancements that can help turn them into the Fort Knox they should be. Containers are not sandboxed. While containers have revolutionized how we develop, package, and deploy applications, using them to run untrusted or potentially malicious code without additional isolation is not a good idea. While using a single, shared kernel allows for efficiency and performance gains, it also means that container escape is possible with a single vulnerability.

gVisor is an application kernel for containers. It limits the host kernel surface accessible to the application while still giving the application access to all the features it expects. Unlike most kernels, gVisor does not assume or require a fixed set of physical resources; instead, it leverages existing host kernel functionality and runs as a normal process. In other words, gVisor implements Linux by way of Linux.

Create The Server That Powers Your Business

The diagram below is just a simple possibility with LXD and Docker. Two LXD containers on one server, each with a separate IP Address and running docker. One LXD/Docker container is setup as a web server and secure reverse proxy for serving email, contacts, calendar, webmail and a website.

The second is running secure authentication for your business, a secure DNS server, backup system, full remote work setup with VPN access, and FTP server. Also hosting a network security system that filters all traffic in and out of your network.

This can be deployed on a $500 Dell, HP, or Lenovo Server. Enterprise infrastructure at a cost small businesses here in Port Charlotte, Punta Gorda, and North Port can afford.

See What We Can Build You!

Many virtual appliances in VM, LXD and Docker format

The official home of LXD Containers 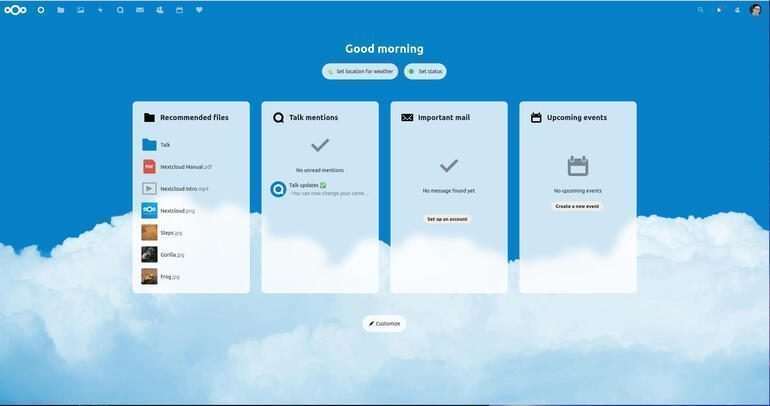 Nextcloud; Your Data And Productivity Platform 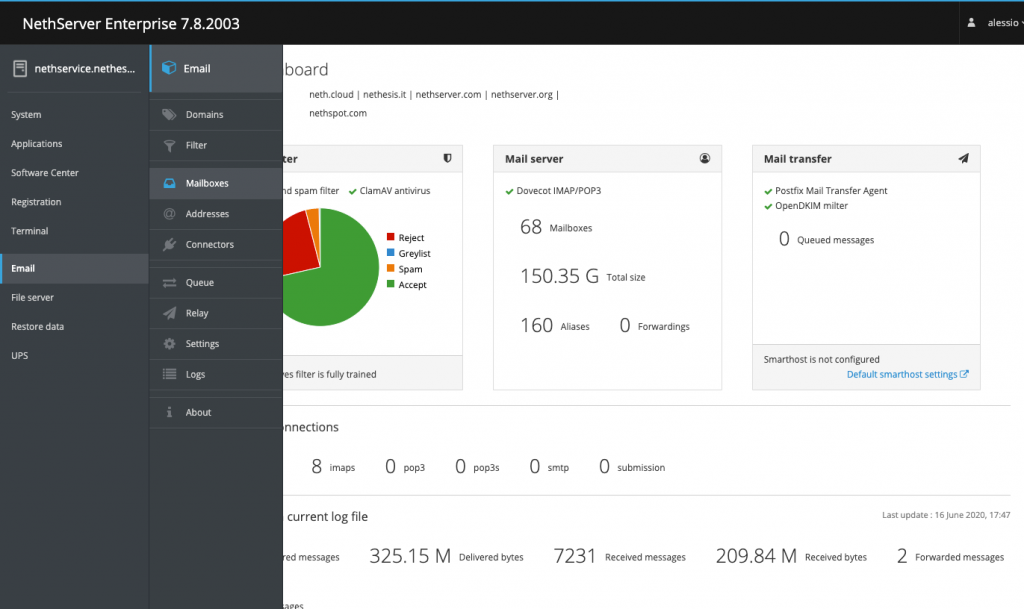 Nextcloud; Your Data And Productivity Platform

News
Enable Notifications    Keep Me Informed No Thanks