When deciding which server architecture to use for your website or cloud application, there are many factors to consider, such as performance, scalability, availability, reliability, cost, and ease of management.

Here is a list of commonly used server setups, with a short description of each, including pros and cons. Keep in mind that all of the concepts covered here can be used in various combinations with one another, and that every environment has different requirements, so there is no single, correct configuration.

1. Everything On One Server

Use Case: Good for setting up an application quickly, as it is the simplest setup possible, but it offers little in the way of scalability and component isolation.

The database management system (DBMS) can be separated from the rest of the environment to eliminate the resource contention between the application and the database, and to increase security by removing the database from the DMZ, or public internet.

Use Case: Good for setting up an application quickly, but keeps application and database from fighting over the same system resources.

Load balancers can be added to a server environment to improve performance and reliability by distributing the workload across multiple servers. If one of the servers that is load balanced fails, the other servers will handle the incoming traffic until the failed server becomes healthy again. It can also be used to serve multiple applications through the same domain and port, by using a layer 7 (application layer) reverse proxy.

Use Case: Useful in an environment that requires scaling by adding more servers, also known as horizontal scaling.

An HTTP accelerator, or caching HTTP reverse proxy, can be used to reduce the time it takes to serve content to a user through a variety of techniques. The main technique employed with an HTTP accelerator is caching responses from a web or application server in memory, so future requests for the same content can be served quickly, with less unnecessary interaction with the web or application servers.

Use Case: Useful in an environment with content-heavy dynamic web applications, or with many commonly accessed files.

One way to improve performance of a database system that performs many reads compared to writes, such as a CMS, is to use primary-replica database replication. Replication requires one primary node and one or more replica nodes. In this setup, all updates are sent to the primary node and reads can be distributed across all nodes.

Use Case: Good for increasing the read performance for the database tier of an application.

Here is an example of a primary-replica replication setup, with a single replica node:

It is possible to load balance the caching servers, in addition to the application servers, and use database replication in a single environment. The purpose of combining these techniques is to reap the benefits of each without introducing too many issues or complexity. Here is an example diagram of what a server environment could look like:

Let’s assume that the load balancer is configured to recognize static requests (like images, css, javascript, etc.) and send those requests directly to the caching servers, and send other requests to the application servers.

Here is a description of what would happen when a user sends a requests dynamic content:

This environment still has two single points of failure (load balancer and primary database server), but it provides the all of the other reliability and performance benefits that were described in each section above.

Now that you are familiar with some basic server setups, you should have a good idea of what kind of setup you would use for your own application(s). If you are working on improving your own environment, remember that an iterative process is best to avoid introducing too many complexities too quickly. 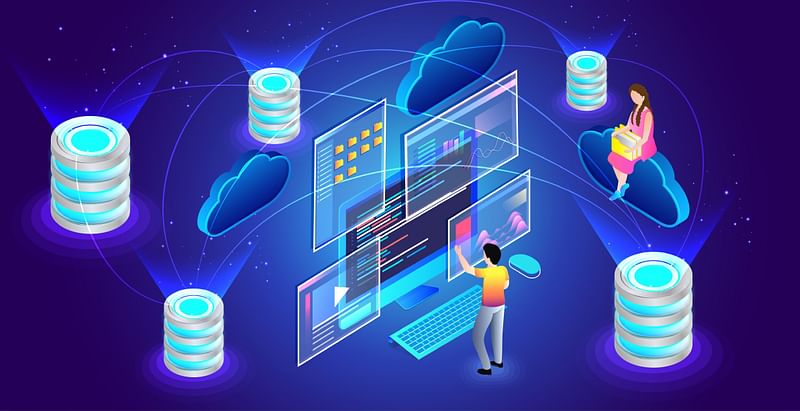 A lot has changed in web hosting just the last few years. Most of our clients were hosted on “affordable” shared web hosting. A single physical server hosts multiple sites. Many users utilize the resources on a single server, which keeps the costs low. Users each get a section of…

Port Charlotte small business websites are vital to your survival. Running your own business is no easy task, and your to-do-list is guaranteed to never end. This said you shouldn’t use this as an excuse to take short cuts when it comes to having online visibility. The web design process…

Vontainment focuses primarily on opensource web technologies for development. The combination of low-cost ad high security is a value we strive to pass to our clients. Open source development offers the potential for a more flexible technology and quicker innovation.